Hello dear readers,
Gosh, it's been awhile. So many thoughts bouncing around in my mind.  Before I could even do this post, I had to deal with google last week and a big old mess in trying to renew my domain, terrasearth.com. For three days in a row I spent a combined total of three plus hours on the phone with different google reps.  Basically, I needed an admin. account on google to renew (but had no idea what that account was) and no one seemed to have any answers.  It was a big fat problem, and in the end, I was the one that found the account.  Isn't that just so life? Sometimes you just have to find your own answers.  But, dear readers, I believe that is another post for another day.

SO..... On September 7th, I did what I said I'd never do again.... the curb drop off at the MTC. I'm not sure if I can tell you it was better or worse than dropping off Sadie.  Maybe a little better, because this time I did NOT promise Drew I wouldn't cry.  I totally did.  And so did he.

Our morning started early with the two of us catching a 6:00 a.m. flight to  Salt Lake.  It was a short night the night before as friends and family came to say goodbye to Drew for two years.  I think the most tender goodbye happened in our kitchen the morning of our flight as I watched Drew give Sierra and Gentry big bear hugs and say, "Don't forget to email me okay?" and "I'm going to miss you."  There were enough tears and love in that room to warm and break a heart in the very same moment.

My very sweet friend and her son (who just returned from his mission) offered to drive us to the airport so we wouldn't have to park and shuttle.  It was kind of surreal driving there.  And once again, I had to come back to my faith and everything I believe in to find some composure and peace. Drew slept most of the short flight. I couldn't help looking at my man child every few minutes and smiling and crying, and just trying to take in the last little bit of time we had together.

We rented a car when we arrived in Salt Lake and started the hour long drive to Provo.  Drew was nervous.  Like more nervous than I have ever seen the most relaxed, easy going kid I've ever met.  He mentioned a couple of times, "I just hope maybe I'll see someone I know in the MTC".  I told him that I thought the odds were pretty good considering the high Mormon population in our city of Gilbert.

When we got to Provo, we met up with Sadie and Andy and headed to Drew's very favorite Provo restaurant, Brick Oven.  Our waitress came up and asked what the occasion was.  When we told her Drew was going into the MTC that afternoon, she responded, "That's what I thought, your meal is on the house today!" (Gotta love Provo). Drew, who could usually eat the Man vs. Food guy under the table, barely ate anything.  I started looking around the restaurant and laughed as I noticed several other families with young men in white shirts and ties.  I commented to Drew, "Lot's of other missionaries getting ready to go in today too".  It really is kind of an interesting phenomena.


Soon, it was time.  Time to say goodbye.  I had Sadie and Andy sit in the front of our car so Andy could drive us.  By this time, Drew and I were both kind of starting to lose it.  I had made a point of telling Sadie and Andy that I didn't want any pictures when we actually said goodbye so I could really just be present and not living through social medial or anything else.  We stopped just before the MTC to get these pics.  When I was hugging Drew in this picture, his heart was absolutely racing. 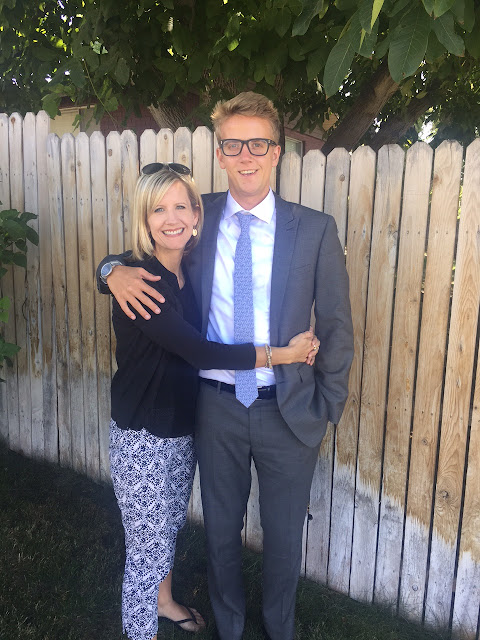 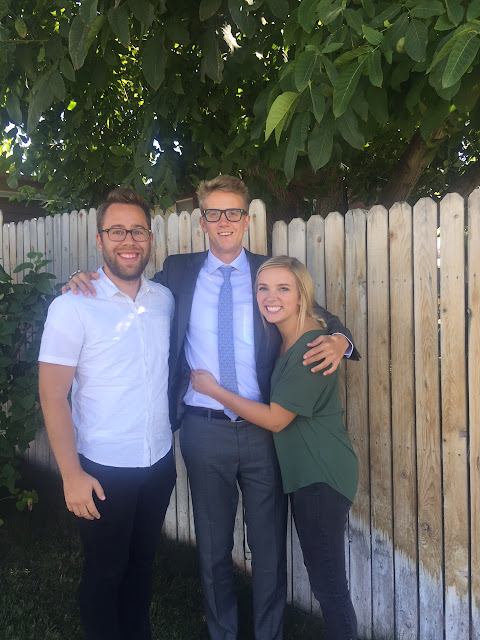 And then, it was really, really time.  As we pulled up to the curb and I looked at Drew's face, I started to worry.  He was sweating and pale and I thought, "Oh my gosh, is he going to be able to do this?!"  But just at that moment, something wonderful happened.  Drew was looking out the window as we pulled up to the curb, and suddenly started yelling , "Hey...HEY, I know that kid!!"  And he hoped out of the car and ran around the back as I watched an escort missionary approaching us. Then, the escort and Drew gave each other this huge guy hug, complete with back slapping and a round of "Hey man, how are you!?" And suddenly, I knew everything was going to be okay as I watched the look on Drew's face melt from panic to excitement, resolve, and determination.   The escort that met us at the curb just happened to play on Drew's lacrosse team a couple of years ago.   I guess some people would say it was just a lucky coincidence. But, I know it was just a very tender and specific blessing from a loving Heavenly Father that knew exactly what Drew needed in that moment.

So, Sadie and Andy gave their hugs, and then it was my turn.  It was one of those hugs that just says "I love you" in a way that sometimes words can't.  Then Drew looked at us and said, "Okay, it's a quick two!".  (This has become a familiar saying with Drew's outgoing missionary friends).  Then I laughed, and gave my boy one more kiss on his check between both of our tears, and with that, he was off.  As I watched him walk away, I decided he was still feeling a little nervous  (since he let his escort carry both of his bags).  And all of the sudden I decided I did want a picture.  So I started yelling, "Andy! Hurry, get a picture!!" (Have I mentioned how much I love my sweet son-in-law?) And Andy was on it. 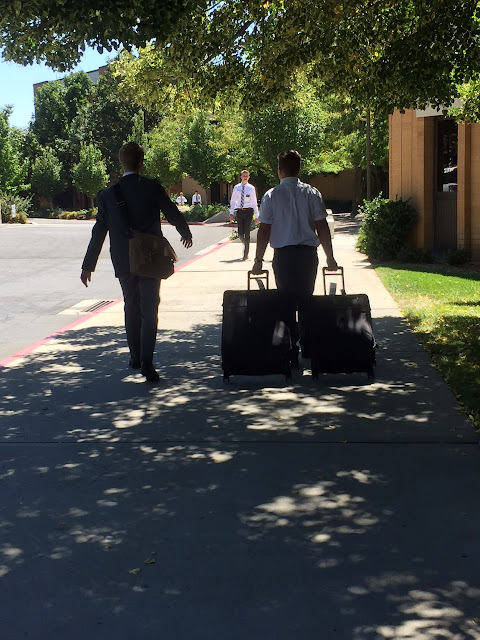 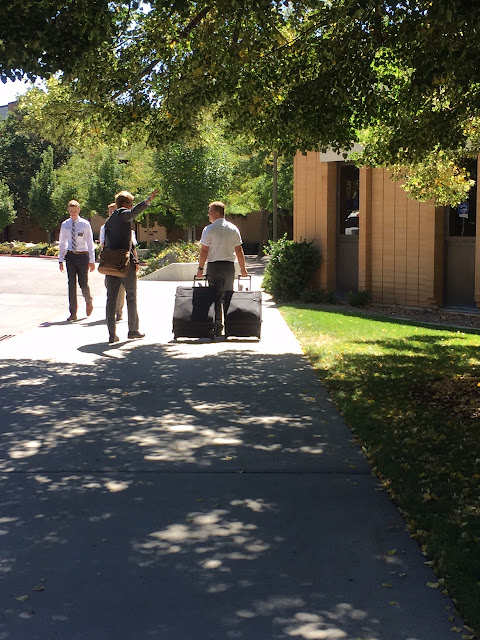 
As Andy drove away, I just let myself cry.  Big old round, fat tears, and it felt good to not hold it in.  I've be doing that for too long.

When I composed myself, I started my solo drive in the rental car back to the airport.  It was a quiet drive as I tried to process what had just happened. I arrived at the airport and checked my bags. As I moved through security and started down the corridor, I saw a missionary coming toward me, heading the other direction.  A missionary coming home.  Then I smiled to myself and said,
"Quick two Terra, quick two."
Posted by Terra at 9:12 PM No comments:
Email ThisBlogThis!Share to TwitterShare to FacebookShare to Pinterest
Newer Posts Older Posts Home
Subscribe to: Posts (Atom)