we play with fondant

Do you ever watch Cake Boss? My kids are big fans.  I even get corrected when I pronounce fondant without using a New York accent.  For weeks Gentry has been asking to make a "polar bear" cake with an arctic scene.  Finally, we gave it a shot using fondant and everything.  We started by hitting Hobby Lobby for all the supplies.    We got a 16 inch cake pan (that took three regular mixes to fill). 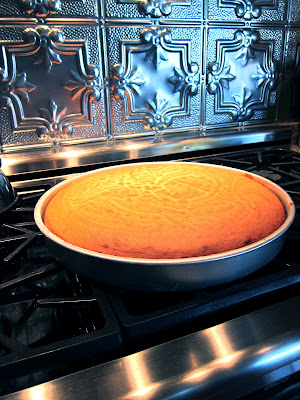 My kids tried to tell me that Buddy on Cake Boss always shapes things out of rice crispy treats and then covers them in fondant.  I didn't listen.  We shaped Gentry's polar bear using only fondant.  I snapped these pics because our creation was about to go "down" literally.  It was too heavy and started sinking into the cake. 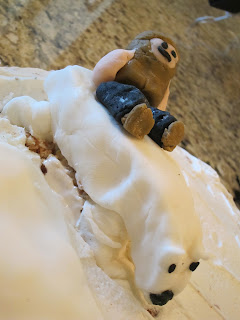 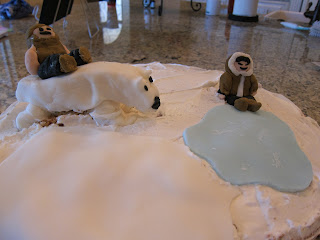 Gentry tried to reposition the bear several times, and then just gave up and started eating the frosting. 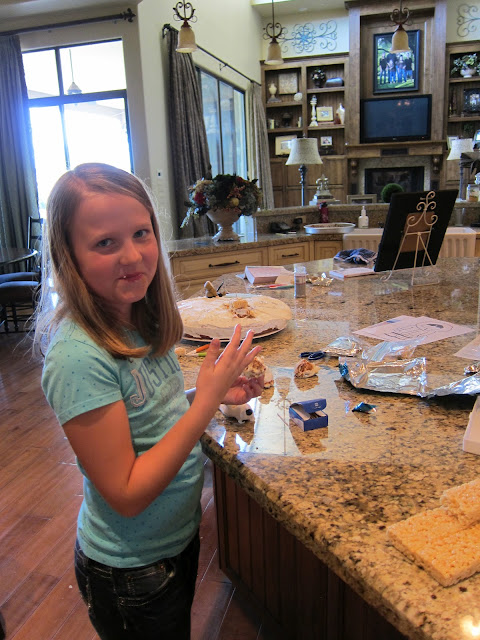 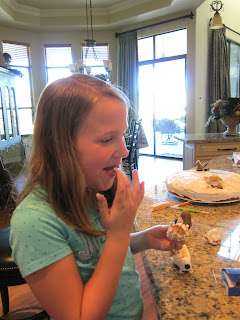 I decided to try emergency surgery.  We cut out all the polar bear's inner fondant and replaced it with rice crispy treats (poor guy). 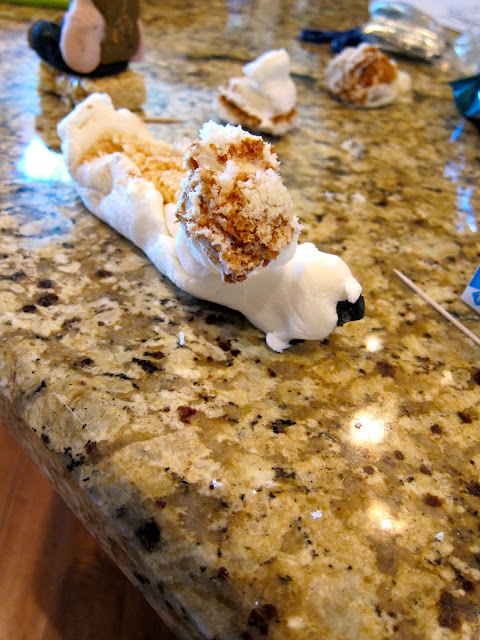 The result: he was still too heavy.  So, this was our final scene. 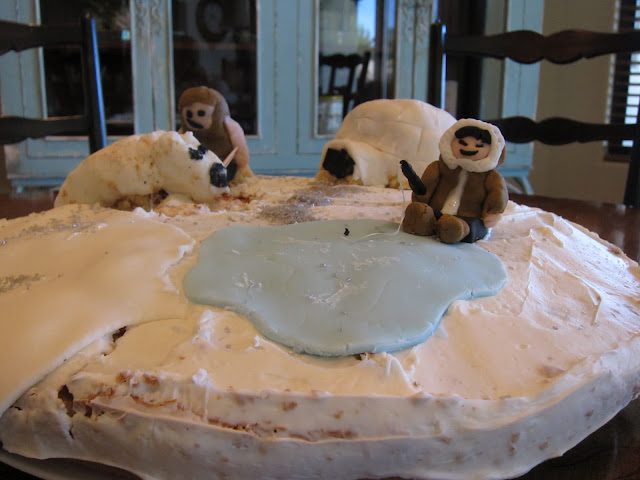 Gentry decided that her eskimo was rescuing the polar bear from falling into the ice cracks (never mind that polar bears can swim). 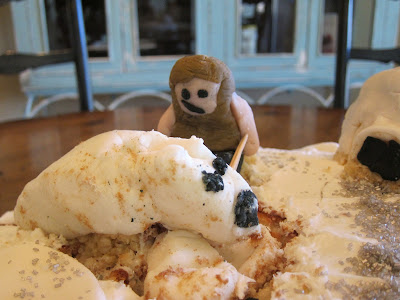 I did use rice crispy treats for the igloo and then covered it.   I molded my eskimo by hand.  I found playing with fondant to be quite therapeutic.  It's kind of like glorified play dough. 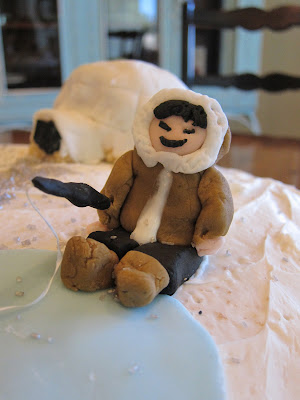 Overall, I think our first adventure in cake decorating was a success. 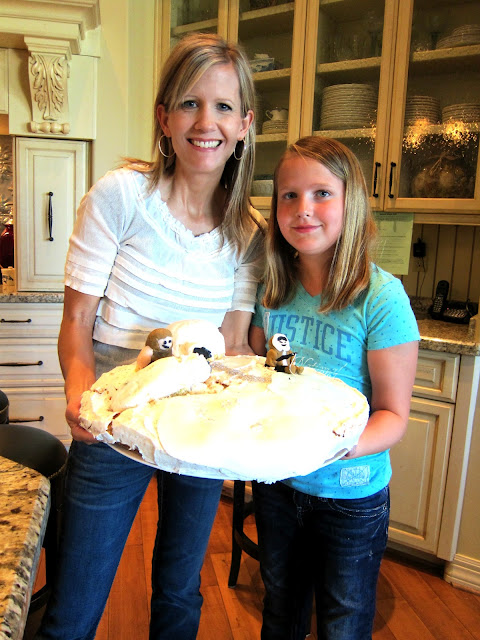 Posted by Terra at 11:25 AM
Email ThisBlogThis!Share to TwitterShare to FacebookShare to Pinterest