Do you have a bucket list?  I do....although I've never taken the time to write it down.  It's more like a bucket "cloud" that floats around in my head and gets filed under that "someday" catagory.  One of the items on that list that makes an appearance from time to time is "do something physically hard".  I never really defined what that would be.  I just wanted to do "something" that would take me beyond the 30 or 40 minute gym routine that sometimes smothers me.  Last year Gregg and Drew participated in a sprint triathlon.  They said it was fun, and after they told me about it, somewhere in my mind, I had one of those little, "hmmm" moments.
So, this is how the numbers break down for a sprint.....a 400 yd. swim, a 12 mile bike ride, and a 5k run.  I started thinking about those numbers.  And then I started experimenting with those numbers.  And then one day, I just said it out loud, "I want to do a sprint triathlon".  After a little research, I found  a race.   And then, last Saturday, this guy (you know the one who spoils me rotten) helped me commit completely.... 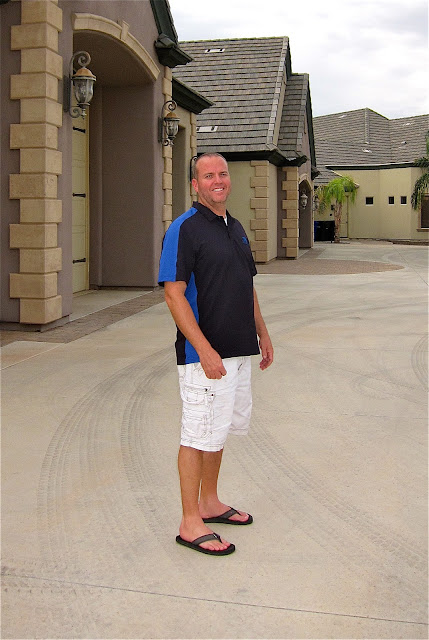 by hooking me up with this. 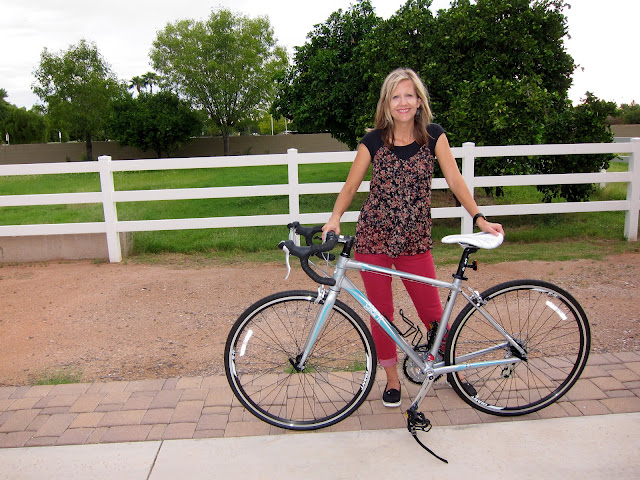 And bonus: Drew signed up to do the race with me.  Gregg said he will be our water-boy.
p.s. Anyone have any advice/wisdom on the whole sprint tri thing???

Posted by Terra at 4:16 PM
Email ThisBlogThis!Share to TwitterShare to FacebookShare to Pinterest