There's a phrase that a lot of mormons use (including me)  on kind of a regular basis. The phrase is "tender mercies".  It comes from this talk by Elder David Bednar given in 2005.  Basically a '"tender mercy" is described as a blessing from God that is very personal and individual.  A blessing that does not occur "randomly or by coincidence". I have felt of these blessings many times in my life.  Often, they are small, simple things that testify to me that God really does know me (and each one of us) individually.  And,  that He truly cares about the big and small details of our lives.
Every Wednesday, year round, close to 500 missionaries enter the Provo MTC.  Because of these large numbers , there is a very organized system to dropping off your missionary.   There are several lanes for incoming cars, and each car is directed to  pull up to a certain point.  Then the missionaries unload, have time for a quick hug and kiss, and head out on their adventure (at least that's how we are referring to it around here these days).  Each missionary also has a specific check-in time, Sadie's is 1:15. When Sadie and Gregg and I  get to this point (this coming Wedsnesday, September 25th), I want to be able to send Sadie off with a smile (mixed with those tears that I know I won't be able to stop).  I want her to know how happy and excited I am for her, and I want her to know that I will be okay.  Sounds like a good plan, right?!  But, the closer we've come to this event, the more I've worried about being able to pull off the whole "smile" part.  Enter one of Gods' tender mercies...
This is Madison. She's one of Sadie's very best friends from BYU. Madison is also preparing to serve a mission. She's going to Iowa.  She will be speaking Spanish, and was scheduled to go to the Mexico MTC in October.  Then bam.....she gets a correspondence saying that her MTC check-in date has been changed to September 25th, at 1:15 and that she will now be going to the Provo MTC, not Mexico. 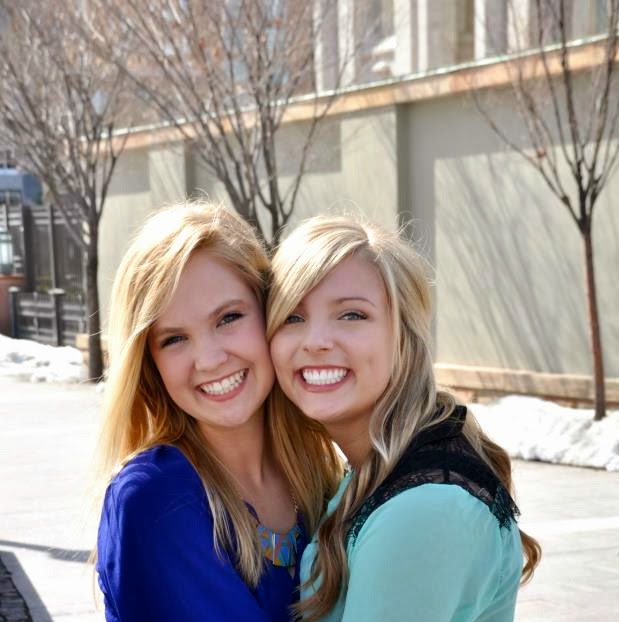 We were so happy to learn Sadie and Madison would  be training together.  Then....last week I get this funniest, cutest letter from Madison's mom.  Short version....Madison's family would be sending her off (September 25th) from their home town airport in Washington, and she needed a ride from the Salt Lake City airport to the MTC in Provo.   Picking up the message from there.....

"possibility of asking your family for help. Mostly because I love the vision of the girls going in together...it makes me feel better to picture her walking in with someone she loves. BUT. I don't even know if you are driving Sadie to the MTC. Or if you have power packed every last minute with her. Or if you simply don't want to share your last minutes with Sadie, which I would completely understand. AND. We do have some other options...a cousin living in Provo...a good friend in Spanish Fork. So don't feel compelled to say yes, please. (I also opted to ask you instead of having Madisen talk to Sadie because Madisen was worried Sadie would immediately agree without consulting with you. Thus the hopefully-not-too-awkward request from a practical stranger.)"

Can I just tell you I love this women already!  And when I read the part about "the vision of the girls going in together" I knew, without a doubt that there was nothing random about Madison's date and location for training being changed.  It was such a sweet and comforting idea, and I knew that Heavenly Father had just extended to me (and both families) the most beautiful tender mercy. Because, although I've worried about being able to keep my composure in front of Sadie, I will keep when I'm on temporary mom duty for Madison and I will send both girls off with a smile. I continue to stand amazed at God's goodness and love as we were blessed with this very tender mercy.


And on a totally separate note...Don't forget tomorrow is THIRD FRIDAY GIVEAWAY!


Posted by Terra at 8:33 PM
Email ThisBlogThis!Share to TwitterShare to FacebookShare to Pinterest