Day five and we’ve arrived in our forth state… 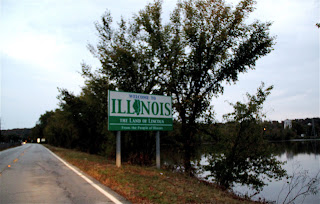 Fall is coming a little later here than New England.  Definitely a farming community…lots of combines, tractors, cows and road kill (I’ll spare you the pics). 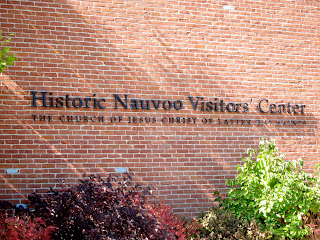 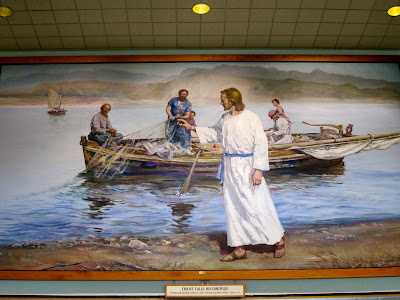 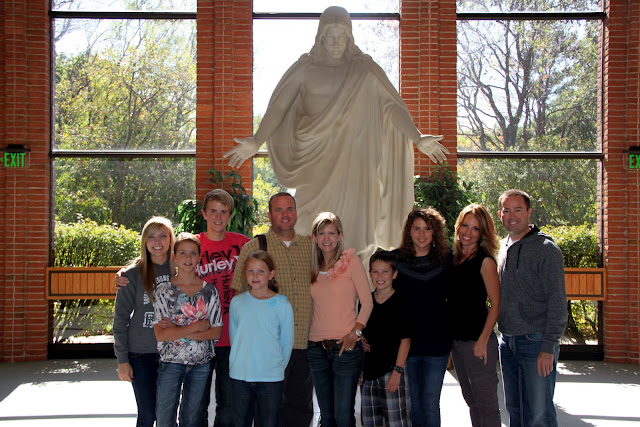 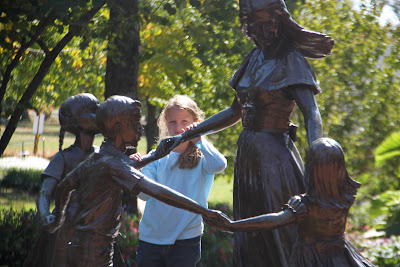 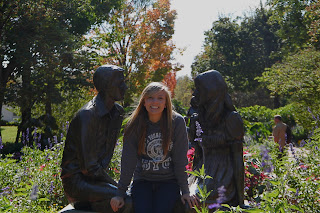 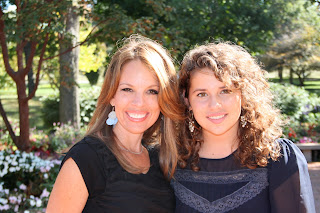 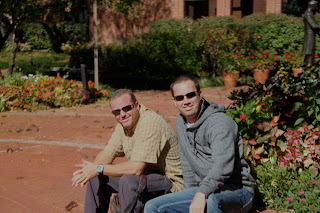 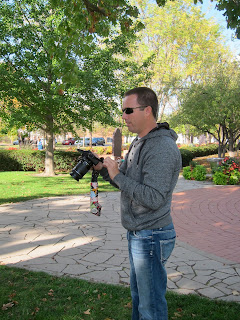 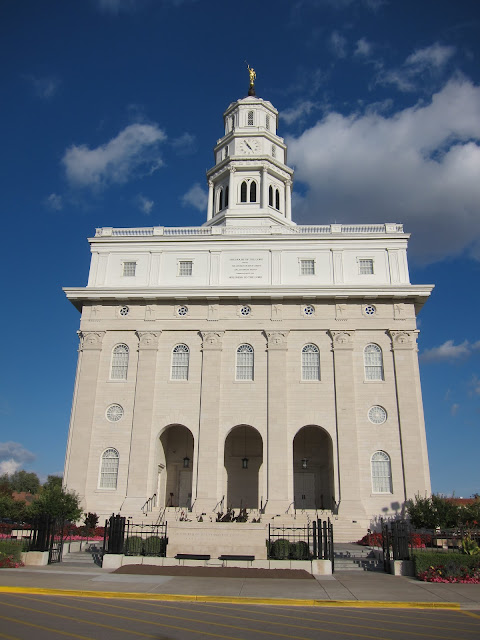 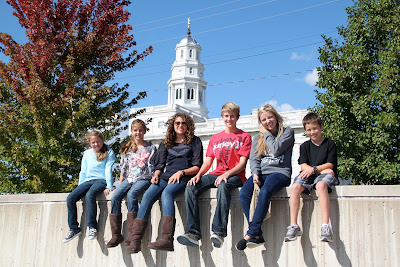 Our last stop of the day was Carthage jail, the site of Joseph and Hyrum Smith’s martyrdom.
This was, for me, the most sobering and profound experience of our trip.
This small house functioned as a prison. 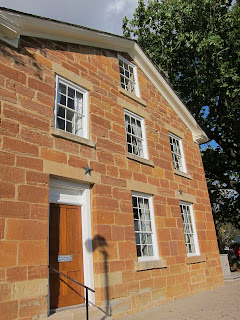 A family by the name of Stigall lived in the home and the father worked as the jailer.  After a few  days of talking with Joseph and Hyrum, Mr Stigall became impressed with their character and the way they conducted themselves.  He felt pity on them and allowed them to move from the prison room... 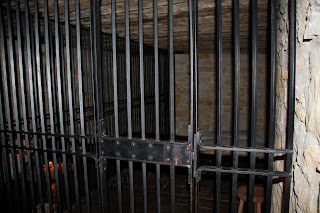 into an adjacent bedroom (which had windows to provide for some ventillation). There were also men on the outside of the house who were sent by the governor of Illinois to guard the prison. Ironically, these men were (secretly) part of the same group who participated in the assignation.
On the day Joseph and Hyrum were killed, these guards arranged for Mr Stigall to be away from the prison.  On June 27th, 1844, an angry mob, with their faces painted black, climbed the stairs to where Joseph and Hyrum (and also John Taylor and Willard Richards) were being held.  The prisoners tried in vain to block the door.  Two shots were fired through the door. These are the actual bullet holes. 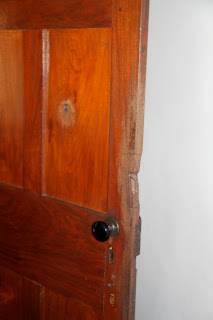 Hyrum was the first to be killed…Joseph was then shot. After trying in vain to defend himself,  he moved  toward the window...after another round of gun fire, he fell through a window to his death. 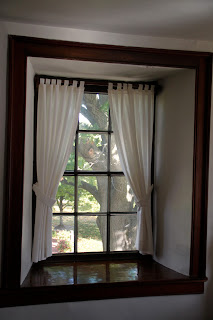 I really don’t have adequate words to describe how I felt after walking where Joseph Smith took his last steps.  More than anything, I felt a sad, yet peaceful sense of gratitude for this man and his unyielding love and devotion to the Savior.  I was reminded of a talk about Joseph's final hours given by Elder Holland…he always seems to have the words.

After leaving Carthage…we stopped on the bank of the Mississippi and I took this pic of Sadie and Drew.  They’ve always had a close friendship, and my heart was filled with more gratitude for all that’s good in my life from my Heavenly Father. 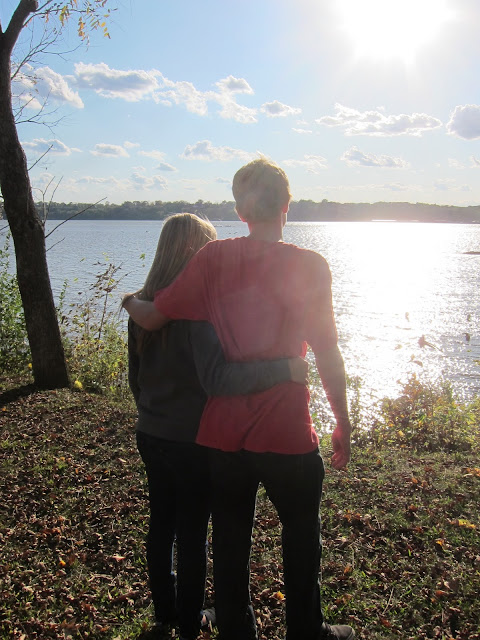